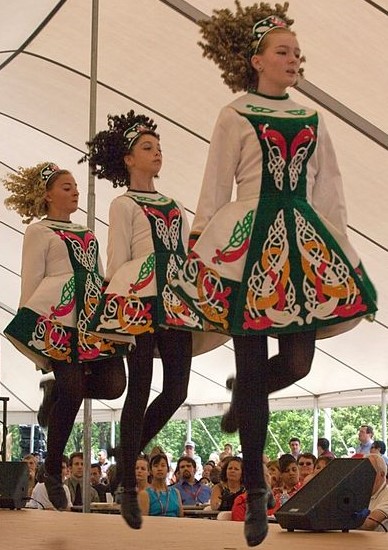 Covid-19 is changing and will continue to change how we live. Like Robison Crusoe after his shipwreck, the first thing to do is put our lives into some sort of acceptable shape. There are no ways of avoiding reality; the Corona pandemic has been and is a great shock to the entire social and economic systems of the globe.

The worst we can do is pine after what has been taken away. It is a fruitless and frustrating exercise. Better to contemplate how best to move forward in a totally different world. Doing so may offer us surprising golden opportunities. In this respect I make some suggestions regarding “Irishness” or what has mistakenly been called “Irish identity”.

I was a regular traveller as part of my professional career. Going to the airport meant work, not preparing for a holiday. That was until I became a full-time carer for my wife. My wings were, indeed, clipped. I suffered a form of lockdown well before the present government restrictions. What I learnt from this might help those who are going through the experience for the first time.

I availed of a once-a-week opportunity that the Alzheimer Society of Nolan House gave me to go walking in the scenic and historically rich region of Leinster around the town of Rathdrum. Crochan Mountain was a good starting point for an exploration of the area. From the top on a good day you can see at least four counties and across the Irish sea to Wales. The border of Wicklow and Wexford runs through the 600 m summit. Carlow lies to the west and Kilkenny to the south-west. I found it was a great place to contemplate the meaning of “Irishness”.

In recent years there has been an undeniable tension between old views of “Irishness” and our modern sense of selves. The newer versions have been driven by a repulsion of the simplistic notions that existed a century ago when the 26 counties gained independence. There are many objections to the old view that the Irish consist of a single Gaelic race with a common language, one faith and could exist in isolation from the rest of the world.

The 20th century brought home the stark realisation that economic self-sufficiency was irrational and unachievable. Membership of the EU exacerbated the tension between insular and European perspectives of “Irishness”. The predominance of secularism dented the underlying belief of the Irish in religion, despite their tenacious traditional attachment to it. The phenomena of migration put pay to the view that the country consists exclusively of several traditional cultures.

The dichotomy between the official perspectives of Irishness at the beginning of the Free State and today has given rise to endless intellectual analysis of why, when and how Ireland transformed itself from the old regime to the new. This inevitably prompts a look at where we are going as a nation.

The objective of this article is not to enter the fray and provide yet another attempt to analyse these questions (the forthcoming book is designed to achieve this goal here). Suffice to say that the polemic discourse surrounding terms like “identity” and “Irishness” and the associated term “Europeanness” have created unnecessary tensions when we discuss what it means to be Irish.

The previous article (Identity & Irishness: not Synonymous here) points out that “identity” and “Irishness” are completely different but complementary concepts. “Identity” has a very specific objective meaning (here). “Irishness” is subjective; so is “Europeanness”. The suffix “-ness” is understood to mean the distinctive attributes or characteristics of the Irish or Europeans. These tend to change over time and, by definition, are outside the constraints of “identity”.

However, subjective views of ourselves allow us the freedom to determine what we—as individuals—mean by the term “Irishness” (I will examine the meaning of “Europeanness” in a forthcoming article).

We do so in total freedom but within the limitations of objective “identity”, which maintains the discussion within the bounds of reasonableness.

The word that should now animate the discussion about Irishness is “explore”. Simply put, we open ourselves to the exciting rediscovery of the distinctive attributes or characteristics of what being Irish means and how we fit in. Suddenly, a whole raft of traits open before us awaiting our perusal. And the best way to explore is to provoke our taste buds in the environment in which these traits developed.

This translates to what might be expressed as old-fashioned tourism that stimulates our curiosity. We may not be able to travel to Ibiza, Benidorm or the Bahamas but we will be able to visit areas within our reach as restrictions begin to ease—as I did in the environs around Rathdrum.

And although I was now deprived of visiting the more than 15 exotic tropical countries in which I lived and worked, I was astounded by the richness of what I encountered on my doorstep. I found a wealth of walks in the hills, valleys and lowlands from Glendalough and Glenmalure to Tinahely and Anna Hill.

I began to understand the complex geography of the area and the intricacies of its history. I discovered that Ireland’s Ancient East initiative only touches the surface of what was an area of intrigue, extortion, greed and enmity not only between rival factions—like the Gaelic tribes of the region, the Old English and the English themselves—but within these divisions too. The enlightening revelations certainly deepened my sense of what “Irishness” might mean.

No need to labour the point. I would highly recommend all Irish people—who have a modicum of interest in their country—to readjust and start re-exploring their own back yard. If it is anything like my quest it will be a total life-changing experience.

I wish to thank the Alzheimer’s Society and the marvellous staff of Nolan House for having given me this opportunity of a lifetime!

It is now planned to release the new book on Irishness and identity in 2022 on the anniversary of Irish independence. The provisional (pre-publication) title is:

Irish Identity? A new vision of Irishness on the anniversary of independence