Is this how you define your identity?

The definition appeared in 2009 in a discussion paper under the title Trajectories of identity change: explaining the persistence of collective opposition. It was published by the Institute for British-Irish Studies, University College Dublin here. 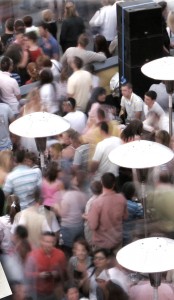 Identity … is a processual phenomenon (with both interactive and reflective moments) involving a highlighting and prioritising of a subset of dispositions, values and characteristics from the wide range of given elements (objective attributes, cultural repertoires, individual dispositions, values and virtues) embodied and embedded in the situated (relational) self.

Additional notes are provided for clarification:

This definition grasps many of the features that have been emphasised in recent writings: the processual and project oriented character of identity … its givenness and chosenness … and its relational and negotiated quality … the role at once of social ascription … and concepts of self-worth … It allows at once for reflective choice and negotiation in identity-making. It is consistent with the full range of identities from the fluctuating, fragmented and other-directed to those with value and historical-depth, persistence and coherence.

Confused …? Welcome to the OLD world of identity