Identity Dream with No Foundation?

The official identity of the young independent Irish State was created out of a longing for all things distinctively Irish, which were sought and found in the country’s ancient ‘Celtic’ past. However, the following snippets show that the nation’s view of itself rested largely on a spurious knowledge-base. 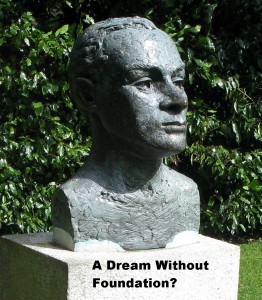 All buildings with weak foundations fall. Today we appear to be standing among the ruins of a former national identity and few seem to know how we got here or where we are going.

Raftery, B., 1997. Pagan Celtic Ireland. The Enigma of the Irish Iron Age. Thames and Hudson.

Waters, J. 2012. Was It For This? Why Ireland Lost the Plot. Transworld Ireland.